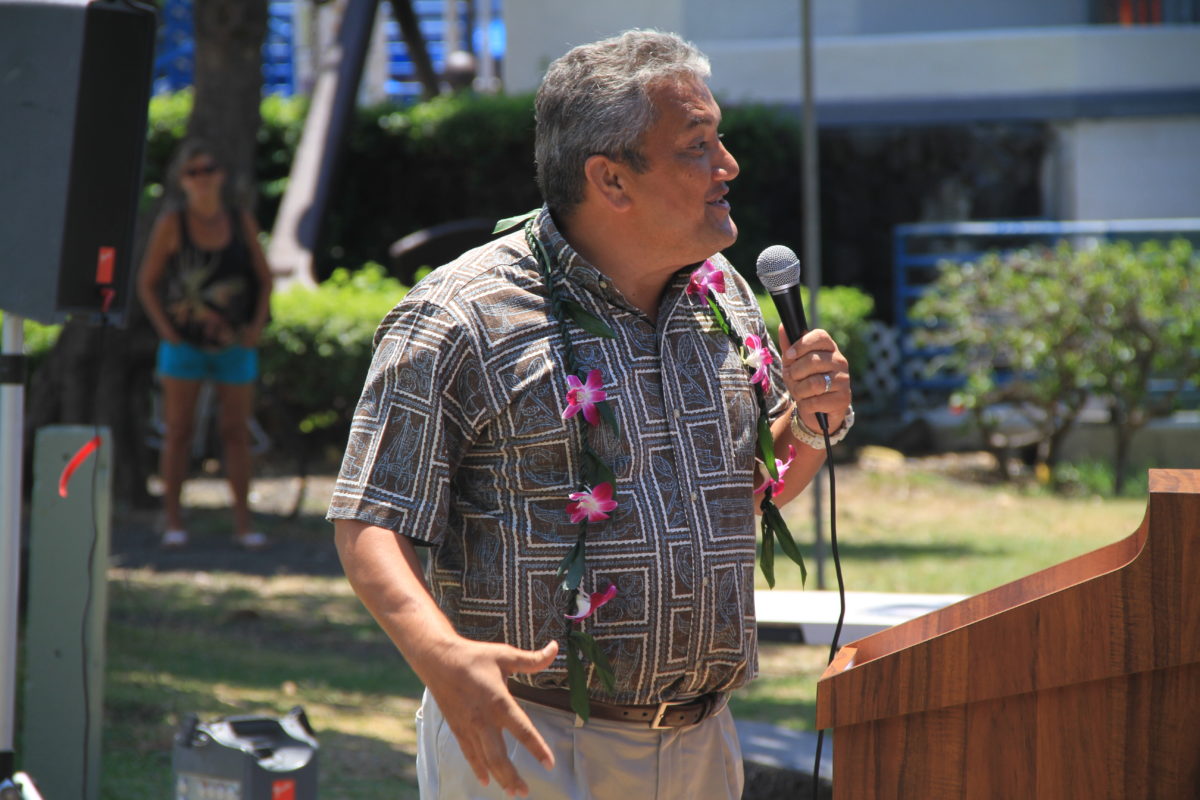 A Tribute to Mayor Kenoi

Here at PATH, we are saddened by the passing of our friend and incredible advocate for active living and safe streets, former Hawai’i County Mayor Billy Kenoi.

Mayor Kenoi understood the importance of creating safe, accessible, and attractive places for all of us to walk, run, hike, and bike on Hawai’i Island. When PATH approached Mayor Kenoi about creating a collective of public health, active transportation, and city leadership that would build upon Hawaii County’s walking, biking, and community connections, Mayor Kenoi jumped at the idea. And that was how the Mayor’s Active Living Advisory Council (MALAC) was born in November of 2013.

Mayor Kenoi served from 2008 to 2016, and over the course of his administration, he was instrumental in making the Queens’ Lei walking/ running/ biking path a reality, championing the Bike and Pedestrian Safety Campaign, and approving the establishment of the Hawaii Island Bikeshare pilot project. Additionally, it was under his administration that MALAC worked to incorporate complete design of streets into our roadway improvements.

We here at PATH send our deepest condolences to Mayor Kenoi’s ohana. Our hope is that, as a community, we can all honor his memory by embracing Mayor Kenoi’s motto when faced with any challenge: